I’m not sure how true this is but it is still my opinion that there are still many people that are going late on there mortgage. Let me know how you feel about this topic!

Once again, data compiled in the Obama administration’s Housing Scorecard pointed to both signs of promise and reasons for concern. The May scorecard was jointly released by the administration and Treasury Department Friday and provides an overview of the health of the housing market based on data pulled from the public and private sectors.

According to the scorecard, one positive indicator for housing was the 7.4 percent rise in home equity to $457.1 billion in the first quarter of 2012. The increase boasts the highest gain since the second quarter of 2010.
Also, the National Association of Realtors reported sales for existing homes posted a 9.6 percent yearly increase in May compared to a year ago. May’s level also marked a 2-year high.

On the downside, the impact of serious delinquencies and underwater mortgages continues to strain the housing market. After months of declines, RealtyTrac reported foreclosure starts increased monthly and yearly at 12 and 16 percent, respectively, in May. Completed foreclosures also increased 7 percent month-over-month, but were still down 18 percent from May 2011. These increases in foreclosure starts and completions in May serve as a reminder that the housing market is still in a fragile state.

With the scorecard, the administration also released the Making Home Affordable report which details progress on government foreclosure prevention actions.

Through the administration’s Making Home Affordable Program, nearly 1.2 million homeowner assistance actions have taken place, including more than 1 million HAMP mods, according to the report.

The average savings for homeowners who received a HAMP mod was about $536 on their monthly mortgage payment as of May. About 86 percent of homeowners who entered the program in the last 22 months received a permanent modification with an average trial period of 3.5 months.

The Second Lien Modification Program (2MP) helped approximately 84,000 borrowers who were able to save a median of $159 per month on their second mortgage. Interestingly, over 50 percent of 2MP homeowners reside in three states – California (36 percent), Florida (9 percent) and New York (6 percent).

One popular administration program is the Home Affordable Refinance Program (HARP). So far, HUD Acting Assistant Secretary Erika Poethig said almost half a million families have taken advantage of the program, and refinanced families save an average of $2,500 per year.

While the efforts have been well-received, the administration would like to see the program further enhanced to reach more underwater borrowers.

“But with so many homeowners still underwater on their mortgages and struggling to move into more sustainable loans, we have much more work ahead,” said Poethig. “That is why we are asking the Congress to approve the President’s refinancing proposal so that more homeowners can receive assistance.”

Woman’s Council of Realtors® Affiliate of the year 2009.

The most rewarding things you do in life are
often the ones that look like they cannot be done.
–Arnold Palmer— 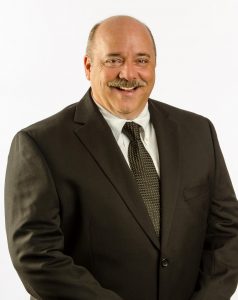